Home Uncategorized Game of Thrones Season 8: what we know so far

Game of Thrones Season 8: what we know so far

HBO has released a new trailer for Game of Thrones Season 8. We tell you all about it, and every other detail we know so far about the world’s most expected TV series. Because winter has definitely arrived.

Millions of fans from all over the world have been praying for April to come soon. And now they can start the final countdown. April 14th will be the day when Game of Thrones Season 8 will be released.

The company also released a new teaser trailer, called “Crypts of Winterfell”. In it, we see Jon, Arya and Sansa walkinf the family’s crypt in Winterfell. As they pass by their parents statues, we can hear Ned, Catelyn and Lyanna Stark’s voices coming from the past.

The three siblings keep on walking until they reach the end of the crypt, where an unpleasant surprise is waiting for them. Right in front of them, three new statues depicting… themselves. Does this mean they’s dead? Is it all one of Bran’s visions?

Suddenly, the Starks are in the dark, surrounded by a cold wind. Jon and Arya get ready to fight… What?

Despite all this drama, there’s no need to panic, apparently. None of the real footage from Game of Thrones Season 8 was used to make this video. It was a special teaser with no real images from the last season, made only to give fans a hint of what’s to come.

Nevertheless, fans all over the world have gone mad with the new teaser. And there’s a curious theory that has started to win votes. Many fans say Jon’s statue is the only one which looks aged. While Sansa and Arya look exactly as they do in real life, it is actually true that Jon’s statue looks older.

Why is he the only one who looks older? Many fans say it is a (big) clue that he will be the only one among the three to survive. If that were true, many tears and sorrow are to come next spring. So better stick to the few known facts about Game of Thrones Season 8. 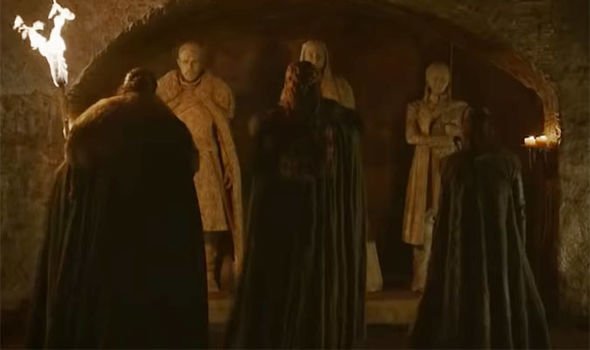 What we do know is that the final season will be the shortest. There will be only 6 episodes, but each of them longer than usual. We also know, like we said before, that the first episode will air on April 14th in the US and on the night of 14th to 15th April in Europe.

We’ve seen one short scene from the real footage. In it, Jon and Daenrys arrived at Winterfell, where they were greeted by Sansa. “Winterfell is yours, your Grace”, she said. But her face looked kind of cold. We assume she was talking to Daenerys, but what if she was refering to her brother?

Too many questions. Not too many answers. We’ll have to wait until April 14th. Below is the complete teaser trailer released by HBO.

How to take care of a Bonsai Tree Previous post

How to know if you suffer from Snapchat dysmorphia Next post